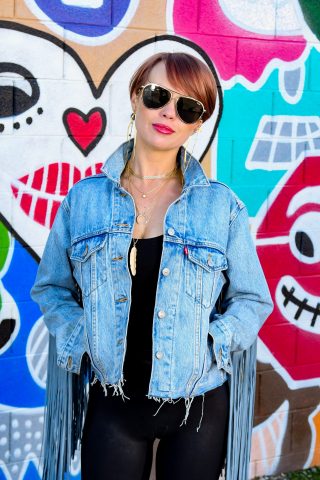 Tzigane was born and raised in Zimbabwe and moved to Las Vegas at 14. Always having a passion for the arts she attended Las Vegas Academy of Performing Arts High School and then went on to study Communication at CSN.

Tzigane graduated from Euphoria Institute of Beauty Arts and Sciences in 2007 and has been behind the chair since. Working at highly accredited salons in Las Vegas she acquired the skill, not only behind the chair, but in business and management to open her own studio salon. With in a few years it became thriving little salon with a skilled and passionate team all training under Tzigane. Tzigane open her first full size salon, Layla. A Social Salon in March 2017. With the original team steadily growing, Layla. A Social salon now has 11 passionate stylists.

A true believer in further education she has been certified in multiple different extensions techniques, cut and color techniques as well as keratin smoothing systems and faux and real dreadlocks. Five years ago she decided to take things to the next level and became a Paul Mitchell National Educator. Teaching through out Las Vegas Tzigane has found a new passion all of its own. She loves to share her discoveries and experiences bringing more knowledge to you and your salon.

Within her first few years behind the chair, Tzigane won Hair Wars in 2011. Tzigane placed 2nd both times for Nationals. After Hair Wars, she placed 2nd again in Supreme Salon Tour and received honorable mentions in numerous competitions. She worked closely with Miss Nevada 2013 and traveled to Washington DC as the personal stylist to Hilary Billings. She has been featured in multiple local and national publications and her work has appeared on billboards up all over the valley. In May 2017, Tzigane was recognized by Deluxe Version magazine for Affluence of Talent and has been nominated as top 100 women in Las Vegas in 2018.